Opera, song, theater, wine dinners ... In Japan there is a lot of "Italian" entertainment for an adult audience. But... what about the children? Pulcinella takes care of children!
Continue your navigation in English from this menu​
​Home | Music | Theater | Theatricals | Burlesque | Dinner Shows | Culture | Store | Video | Sponsor | Contacts

EDURTAINMENT
Gigi works actively in the Educational Entertainment sector (Edurtainment) with the aim of bringing the kids closer to the typical Italian games and stories.
The project sees Pulcinella as the protagonist and it is carried out in collaboration with the Italian Cultural Institute of Osaka, supported by private sponsors and aimed mainly at public and private schools and cultural centers. 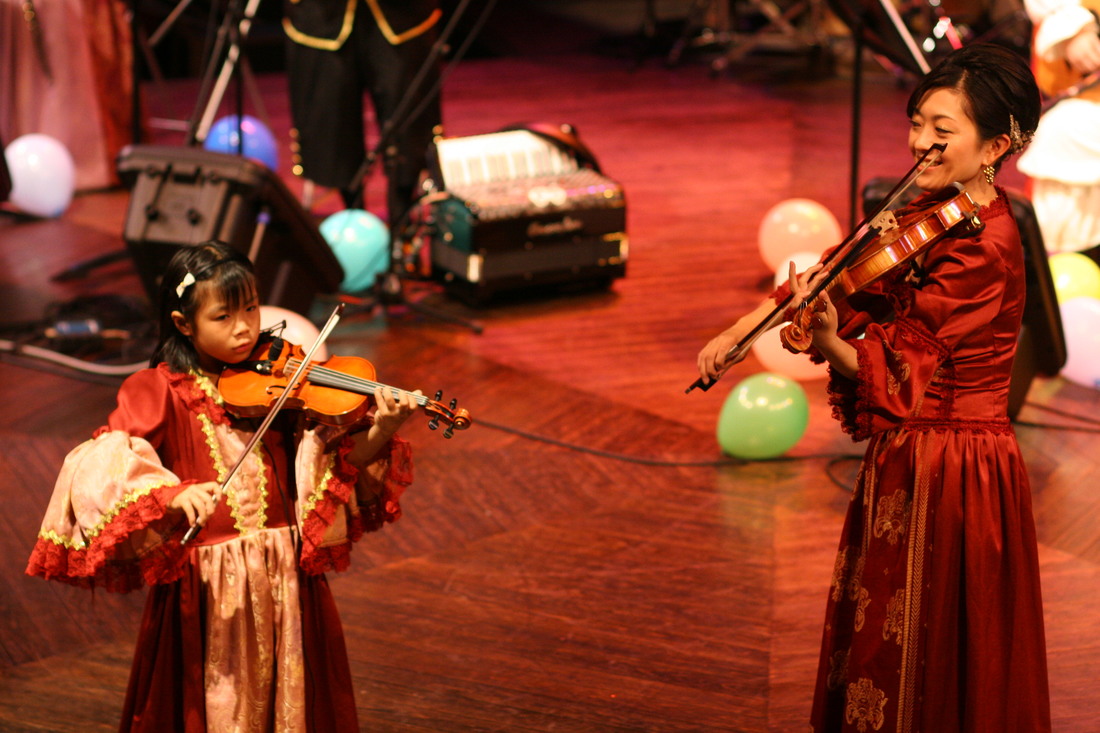 KAMISHIBAI
Literally "paper drama", consists in telling a story using scrolling images.
"Leo in Napoli Bay" and "Pulcinella and the devil Mamozio "are the two titles currently proposed by Gigi.
LEO IN NAPOLI BAY
[History: Gigi D'Errico | Illustrations: Floriana D'Ammora | 50 color plates | approximately 30 minutes]
Taken from an ancient Neapolitan song (Lo Guarracino), Leo in Naples Bay tells the story of love of a small fish from the waters of the Gulf of Naples (Leo), in love with a Sardinian (Tina). This love is however opposed by a mafia fish (don Mimi ') who will do everything to stop them. But Leo is helped by a witch (Vavia) and by her inscrutable friend (Ciro), a messy octopus who is fed up with living in water and wants to be another animal.

Leo in Naples Bay is a project funded by the Italian Institute of Culture in Osaka and realized under the patronage of the Campania Region, the City of Naples and the City of Sorrento. It was represented as a cultural project at Nagoya Castle, Kyoto Gaidai University and Cultural Center of the City of Kumano, twinned with Sorrento. 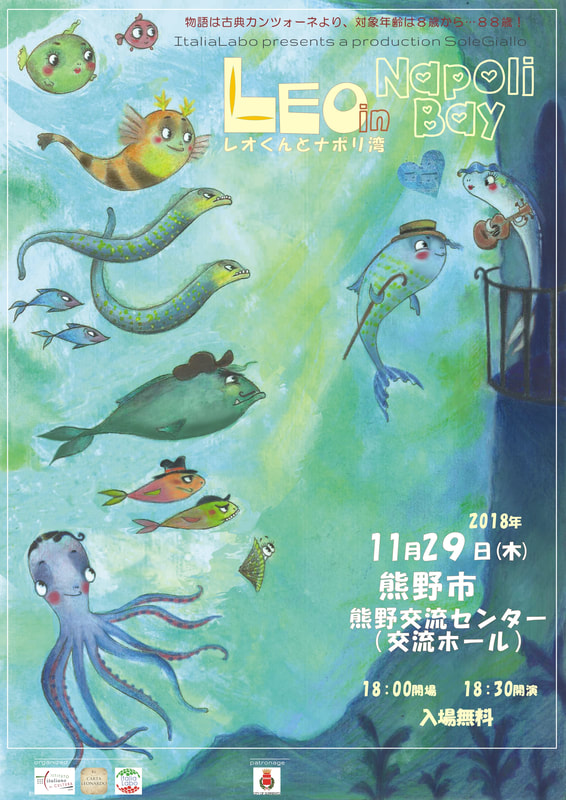 On a beautiful sunny day, Pulcinella is going for a picnic. Suddenly a storm breaks out and takes refuge in a cave, inside which there is a large door guarding the devil Mamozio. What will happen to our friend Pulcinella? 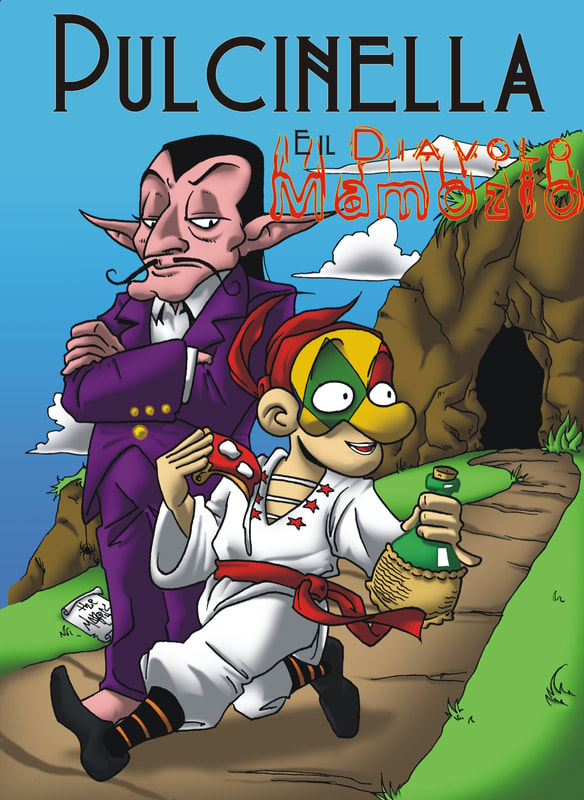 GIOCO DELL'OCA [snackes and ladders]
We don’t know if the game is really Italian, but we suppose yes, because in 1580 Ferdinando I de 'Medici presented a copy of it to Philip II of Spain.
Our kit includes a game table in A1 format, two big dice, six game pieces.
From two to six players, starting from five years of age.
SCHOOL OF PIZZA
All the children are called around the Pulcinella table to create a delicious pizza, using the authentic ingredients!
Flour, tomato, mozzarella and oil ... in short, a big mess but in the end the kids will taste a delicious pizza! 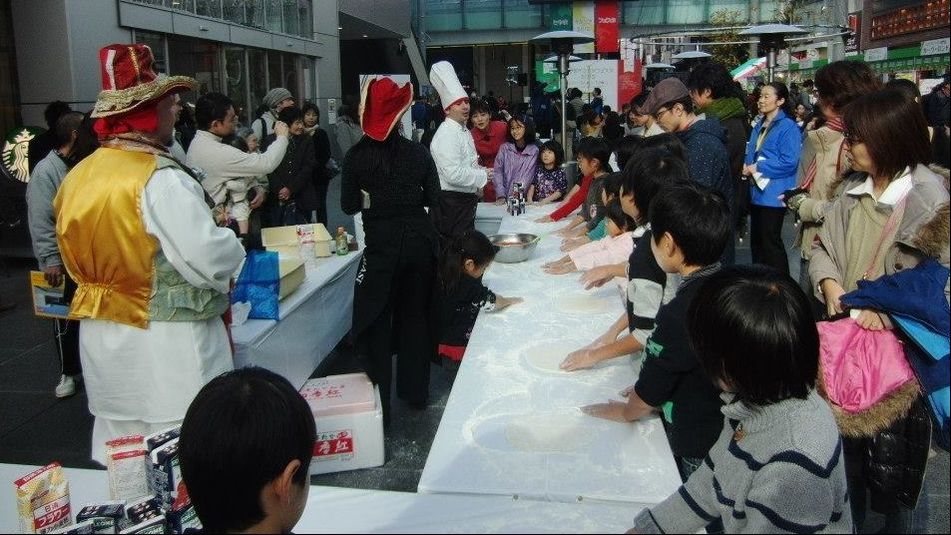