Solo, with the guitar. In duo, with double bass. In trio, with violin and cello. With guest musicians, from Italy, USA, France. In the orchestra, with eight elements behind me.
Dinner Shows, Corporate events, Theaters' show and concert, Hotel Lounge ... for all your events always the right proposal. From over thirty years!
Continue your navigation in English from this menu
​Home | Theater | Theatricals | Burlesque | Dinner Show | Culture | Kids | Store | Video | Sponsor | Contacts

CANZONE
The Classic Italian Songs, an evergreen repertoire that still enchants audiences all over the world.
"O sole mio", "Volare", "Parole parole", "Torna a Surriento", "Funiculi 'Funicula'", "L’appuntamento" ... are just some of the most significant titles of the repertoire presented by Gigi. 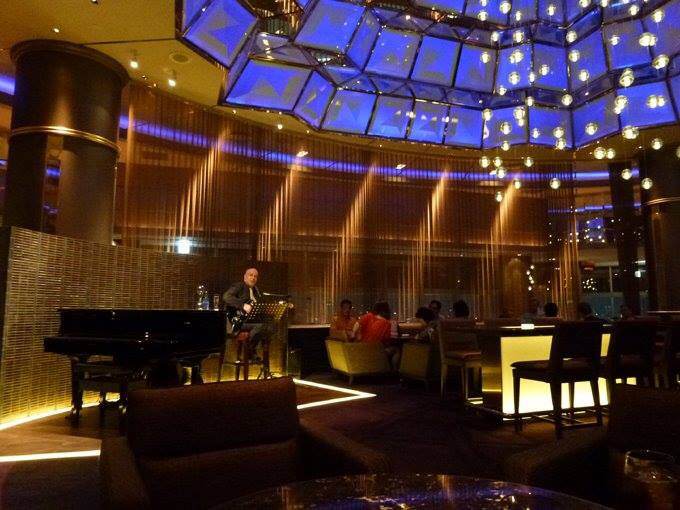 SWING
Cheerful, sunny, easy listening ... Italian swing is a musical genre that the Japanese and Asian audiences are increasingly appreciating.
Gigi succeeded in the task of translating parts of the songs into Japanese, thus making the texts comprehensible to an audience always very attentive to the meaning of the lyrics.
In his repertoire, songs by Buscaglione, Kramer, Garinei and Giovannini, Gaber, Paolo Conte, Sergio Caputo. The best of Italian musical production.
CANZONE NAPOLETANA
For over thirty years Gigi has brought an exciting repertoire all over the world: the most beautiful Neapolitan melodies, re-arranged in an original and exclusive way. Thousands of CDs sold, concerts in theaters and in the most evocative locations all over the world.
For his incessant action, Gigi boasts an international KLM award, the Domenico Cimarosa Prize of the City of Aversa and the presence in the Encyclopedia of the Neapolitan Song edited by the scholar Pietro Gargano.
[Nü]BOSSA
Trained at the school of Gianni Palazzo and perfected in Brazil with Guilherme Carvalho, Gigi undoubtedly has a strong Brazilian influence in the DNA of his music.
Here then is a repertoire of absolute elegance: contemporary pop and rock music re-arranged in a bossa-nova style.
Madonna, Eagles, Sting, Eric Clapton, Lady Gaga, Maroon 5, The Beatles, Bee Gees, Simon & Garfunkel, Led Zeppelin and many others.