With his mask of Pulcinella, Gigi has brought the Teatro dell’Arte in Japan, and after ten years actually he is more and more a protagonist both in the theaters and in the Italian events. From 2019, February, Gigi will propose to the Japanese public a new Italian theatrical genre, the Teatro-Canzone, a challenging path, but surely a harbinger of new successes.
Continue your navigation in English from this menu​
​Home | Music | Theatricals | Burlesque | Dinner Show | Culture | Kids | Store | Video | Sponsor | Contacts

TEATRO CANZONE
Teatro-Canzone is a genre created in the '70s by Giorgio Gaber and Sandro Leporini, which the Italian government intends to recognize as a cultural asset.
It is a simple theatrical genre, where recited parts and sung parts are alternated, thus forming a single narrative plot, leaving the scene's figure to the spectator's imagination.
From February, Gigi will stage "Zumparallero" a collection of three short stories, with which for the first time he will compete with the Japanese public.
If you want to know more, click here
TEATRO DELL'ARTE
Gigi D'Errico brings the mask of Pulcinella to Japan and it is immediately successful!
Pulcinella Cetrulo, widow Nardecchia, icon of the city of Naples and pizza in the world, is one of the most famous characters of the Commedia dell'Arte.
A lazy, liar and perpetually hungry servant he is looking for a master who knows how to treat him well.
Gigi has given his Pulcinella the nuances that make it more easily understandable to the Japanese public by creating hilarious gag interpreted in Japanese with Neapolitan cadence.
From ten years around Japan, soon our Pulcinella will be ready to venture into Southeast Asia. 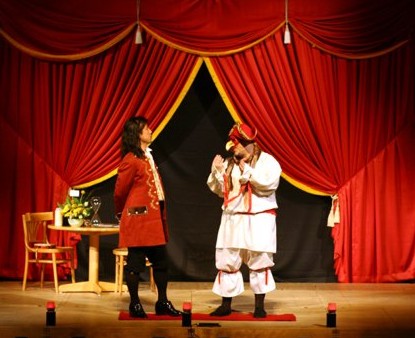 PULCINELLA AND MADAMA BUTTERFLY
Pulcinella has been cast by the Maestro Hadame “Centro Lirica” for a production of Puccini's Madama Butterfly which has been touring Japan for the past nine years. A success decreed not only by the fact that Madama Butterfly is an opera set in Japan, but above all by the fact that the production chooses locations that return to the Puccini masterpiece the possibility of being performed in those places that the great composer has always imagined, but never visited (among all, the Todaiji Temple of Nara, UNESCO heritage).
Of this story, Pulcinella is simply the narrator, an off-scene character who guides the audience to the end, with an engaging and dramatic story. 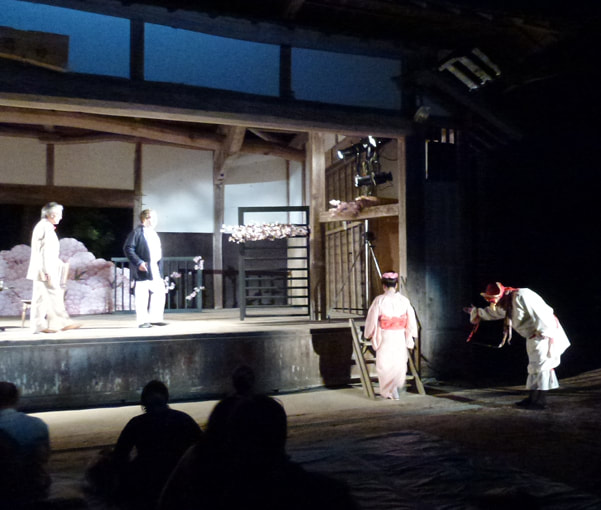